West Brom’s Jonny Evans Set To Be Hot Target This...

by Awais Irshad 3 years ago3 years ago
523views
59
Advertisements

West Jonny Evans Bromwich Albion sits at the bottom of the table, 10 points from safety with just 7 games left to play. The Baggies’ heartbreaking loss at the weekend to Bournemouth, which saw the Cherries score twice in the last 15 minutes to win 2-1, was all but the final nail in the coffin. Alan Pardew’s men have not been playing badly in the last couple of games, but have left it too late for any sort of resurgence.

Defender and captain Jonny Evans though is set to continue playing in the top-flight no matter what. The Northern Irishman has a release clause of £3 million, and according to the Telegraph, a whole host of clubs could line up to secure his signature. The former Manchester United man is a three-time Premier League winner and still only 30 years of age. 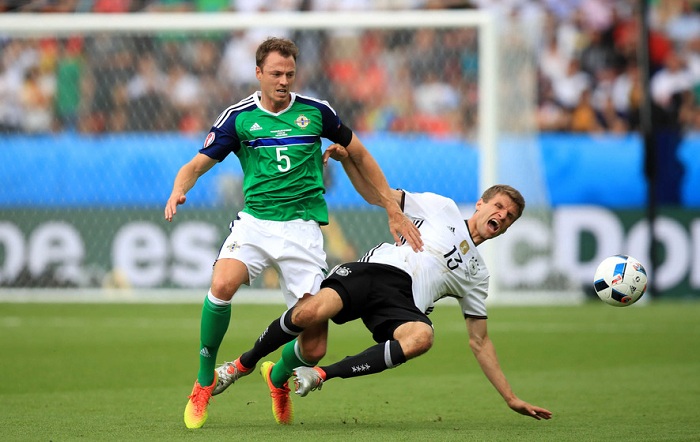 Spurs could be the frontrunners for Jonny Evans, especially because they may be set to lose star defender Toby Alderweireld in the summer. The Belgian center-back has been a rock in Mauricio Pochettino’s backline alongside Jan Vertonghen, and it will be very important for Tottenham to replace him. Talks of a contract extension between the player and the club have reportedly stalled. Alderweireld’s current deal at the club runs until 2020, but a clause in his contract states that he will be available to other clubs for £25 million in the summer of 2019. Spurs want north of £40 million for the player, who is being courted by the likes of Manchester United, Chelsea, Paris Saint-Germain and Barcelona, according to the Telegraph report.

Jonny Evans could also be targeted by Arsenal, who have attempted to sign him on multiple occasions in the past. Manchester City may have been a possible destination, but Pep Guardiola’s squad is already full of top-quality defenders, following the acquisition of Aymeric Laporte in January. The Citizens also have Vincent Kompany, Nicolas Otamendi and John Stones in that position, and it is unlikely that Jonny Evans settles for a fringe role in the side. 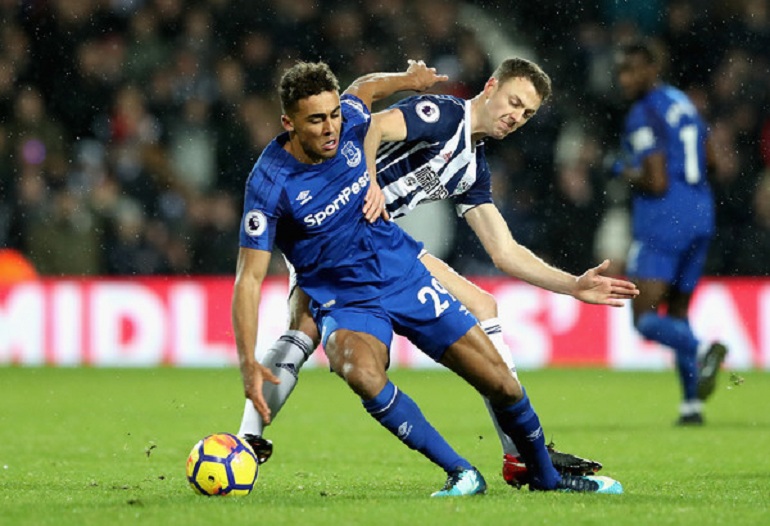 West Brom will need to be really careful about avoiding a meltdown this summer. Daniel Sturridge and Grzegorz Krychowiak will end their loan spells to return to Liverpool and PSG, respectively. The squad is full of aging players past their prime, the likes of Craig Dawson, Gareth McAuley, Chris Brunt, James Morrison and Claudio Yacob. These players have been loyal servants of the Albion for the past few seasons, but their motivation will be put to a stiff test in the Championship. Some of them may also attract bids from bottom-half teams in the Premier League, and will undoubtedly be tempted to leave The Hawthorns. The same can be said for Salomon Rondon and Jay Rodriguez, West Brom’s two most experienced strikers.

It hasn’t been uncommon for teams to drop to the second division, and then struggle to even come close to a return to the top flight. Unless West Brom is careful, they could go down the same route.

The above article is written on behalf of Boxofficeevents.com which is an authorized dealer in

The UK for football tickets.

59
Awais Irshad is an SEO Expert and CO-Founder of UploadArticle. Connect with him on Facebook and LinkedIn!