by viralbake 2 years ago2 years ago
943views
58
Advertisements

I guess most of you are already his fans after watching his fierce warrior role of ‘Khal Drogo’ in Game of Thrones. And for the rest, you know him because of his latest appearance in ‘Aquaman’.

But it’s not about Jason’s role in Aquman that made one of the funny stories that I want to talk about. It’s about how our Aquaman photo bombed a couple who were getting married in Oahu.

What did our Aquaman do?

Jason is known for his fun nature and it was lucky for a couple who were getting married in Hawaii. They had no clue that their wedding photo shoot is going to be epic. After the wedding ceremony ended, the couple went on to the beach to capture some beautiful shots and make their photoshoot memorable.

But it all turned into a funny photoshoot when their photographer noticed the Aquman star and asked if he could ‘photobomb’ the couple.

As you all now know that Jason is a playful star, he quickly agreed. He was even lucky in getting a trident prop from a kid who happened to be on the beach at the same time. Jason soon asked the kid for the prop and stealthily walked in the frame.

The unsuspecting couple had no clue that they were going to be photobombed by one of the hottest celebrities. And it ended up making one of the top funny stories which is going viral ever since the picture was uploaded on the couples Instagram profile. 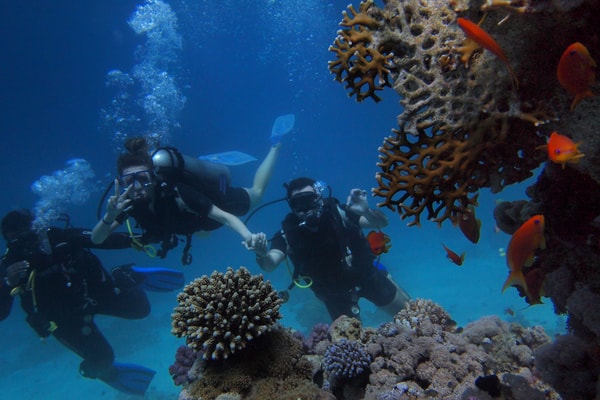 The couple obviously went bonkers when they saw Aquman photobomb their wedding shoot. I am pretty sure that it has become one of those epic and true funny stories which they will tell their kids when they grow old.

The photo has already received thousands of likes and several comments. Even the guests were happily shocked by Jason’s photobomb. “Best wedding crasher ever! Thanks for being so awesome!” Carina Cooper, a wedding guest, wrote on Instagram.

How did the pictures come out?

I don’t think I need to tell you that their wedding pictures came out to be amazing. With Aquman flashing his trident behind the couple, it looked like its straight coming out from an Avenger blooper.

The couple enjoyed their wedding and the wedding photoshoot a tad bit more. Thanks to Aquman who photobombed them and made one of those funny stories that they’ll never forget.

Nowadays, it has become a trend to go for pre wedding photoshoots, post wedding shoots and even shoots for various receptions that follows after the couple has tied knots. But it only happens with one in a million couples that they get to have Aquman photobombing their shoot.

No wonder this couple will never forget their wedding day and especially their wedding shoot. This gives me an idea to have my destination wedding in Hawaii. Maybe I get lucky enough to be photobombed by some other celebrity I have hots for.

Who knows, right? After all as they say, ‘It’s a small world’.