Visiting Windsor Castle for the First Time – All You...

by Lalita Rawat 2 years ago2 years ago
455views
68
Advertisements

A weekend gateway is always perfect for people who want some relaxation from their daily 9-5 job. Most people love spending their weekends with a picnic in the park or visiting crowded places. But, those who are curious about historical events often look for historic ruins or attractions. If you’re also one of those travellers, then this blog is for you.

In this blog, we have talked about one of the oldest historical castles situated in England, which is a perfect place to spend an entire weekend. Windsor Castle is known as the largest occupied castle in the world. William the Conqueror built this castle in the 11th century after the invasion of Norman. From the last 900 years, it has been home to Britain’s Monarchs. It also has been an official place for royal weddings, including the grand marriage of Prince Harry and Megan Markel.

So, if you’re planning to visit Windsor Castle for the first time, then here are some things that you must know before visiting this incredible place.

Things to Know About Windsor Castle

· It was not built for Royal Residence

In the present time, Windsor Castle is one of the official residences of The Queen. But, William the Conqueror originally built the castle in the 11th century as a fortress. He created the fort to oversee a strategic part of Thames River and to protect Norman dominance around London. However, Henry I started using this castle as residence in the middle of the 11th century.

·It is one of the Leading Royal Residence

Yes! It is one of the world’s oldest and biggest royal residence with an area of 4,84,000 square feet and has more than 1,000 rooms. It is constructed on a land of 13 acres, and the imposing towers of the castle are visible from every side of the castle. Also, it has been in continuous occupation since its inception.

·It has been a part of World War II

Windsor Castle has played a significant role in saving the lives of the royal family. During World War II, when Germans bombed London and Buckingham Palace, the royal family decided to stay at Windsor Castle assuming it as a safer place for Princess Elizabeth and Princess Margaret. One other reason to stay there was that the castle has underground dungeons. So, whenever the queens hear any bombing sound or view any aircraft over the castle, they used to run to the dungeons for shelter.

·Royal Family renovated the Castle during the world war

To prevent the castle from any attacks, a bit of redesigning was done on it during the war like the chandeliers were taken down, the glass-fronted cabinets were turned into the wall, paintings were removed from the walls, and many other small improvements were made.

No matter which season you visit the Windsor Castle, but make sure you don’t forget to watch the iconic changing of the guard. It is a 45-minute ceremony formally known as Guard Mounting in which the stiff-lipped guards move in immaculate formation wearing their blood red uniforms and striking bearskin hats. Guard mounting is a process of handling the responsibility of guarding the royals. When this 45-minute ceremony starts, people stop their cars on the road to view this amazing guard changing ritual.

·The Royal Family got their name from here

World War I created critical tensions between England and Germany. So, when the royal family started using Windsor as a residence, they stopped using their surnames. In 1917, King George IV announced that they would no longer use ‘Saxe-Coburg-Gotha’ as their surname– from then, they are known as Windsor’s.

These are just a few mysteries of Windsor Castle. After knowing these secrets, you must be curious to explore this incredible castle on your own. So, now let’s talk about how to reach Windsor Castle, what are its timing, and some other essential things.

When to Visit Windsor Castle? 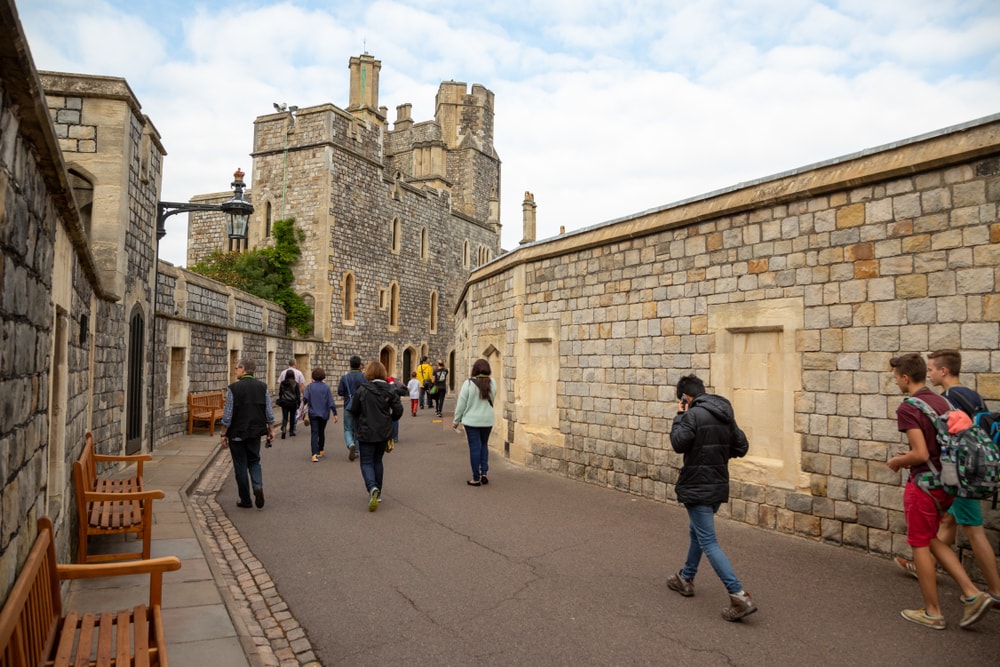 If you’re visiting this season, i.e., between March to October, then the castle opens its doors for the public at 10 a.m. on every day and closes at 5:15 p.m. However, if you visit between November to February, then the closing time is 4:15 p.m., opening time remains the same as other days. Also, last entry to the castle is 90 minutes before closing time.

The ceremony of changing of the guard takes place between 11 a.m. to 12 a.m. St George’s stay closed on Sundays for religious services. So, if you’re an independent traveller, then a good strategy is to visit the castle after lunch hours, as most of the crowd will be out by that time. One thing you should know that crowd at the castle on weekends is much higher as compared to weekdays. 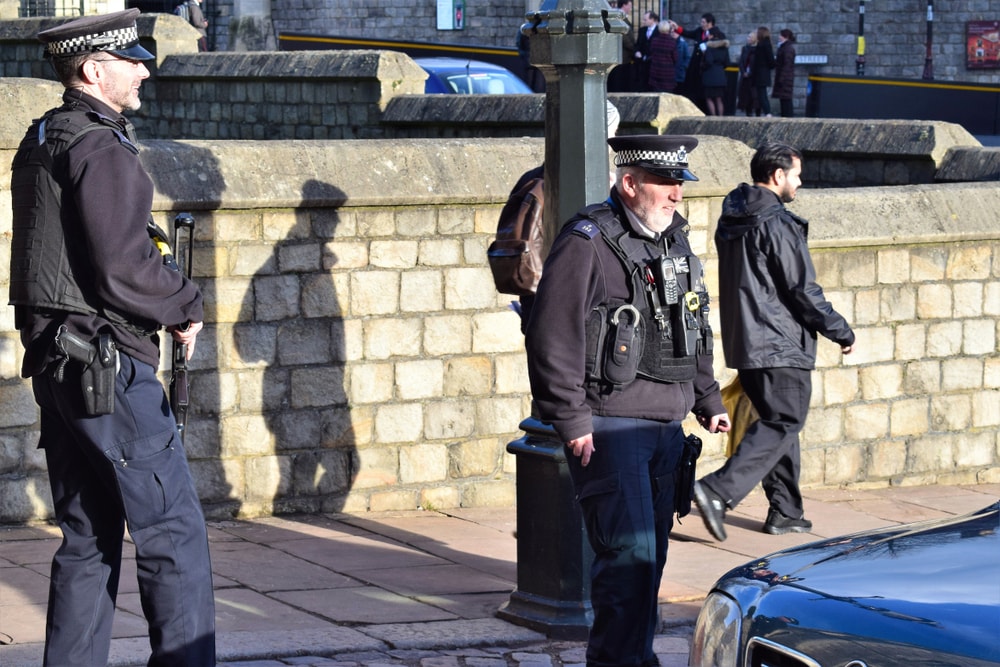 To enter the castle, you’ll have to go to the visitor center that is situated next to the main entrance of the castle ground on St Alban’s Street. After buying your ticket, you’ll have to pass through airport-type security where your bags and other items will be checked with metal detectors and x-ray machine. After passing through the security check, you can pick your audio tour and a map of the grounds at the entry courtyard. Both these equipment are free with the admission ticket.

If you’re traveling with a disabled person, then you can borrow a wheelchair from the Visitor Centre. You can get all the information related to toilets, gift shops, or any other thing at the information desk. After finishing the castle tour, you’ll have to return the audio kiosk at the exit. The exit for the Windsor Castle is at the main Henry VII gate.

The audio guides are a part of the entry tickets. You can avail audio guides in English, German, French, Italian, Spanish, Mandarin, Russian, and Japanese language. Whatever place you visit in the castle, just enter the audio key in the number of the area, and the audio format will start guiding you about the castle. Apart from the audio guides, you can also choose classic guided tours near the entrance.

Make sure you don’t carry any camera to the castle premises because photography or video recording is not allowed. However, you can enjoy your food and drink in the State Apartments or St George’s Chapel. But, you’ll have to keep the drinks and food in closed bags before entering the castle.

What Else to Look at The Castle?

After getting a brief introduction to the castle, most people go to the Round Tower. Though this place is not open for the public, people can still enjoy the view from the north terrace. The entrance of State Apartments also situated near the Round Tower.

From the north terrace, you can get far reaching views of the surrounding area. The Windsor town looks so small and beautiful from up there. The entrance at the north terrace is divided into two portions – one provides direct entrance to State Apartments, and another gives you access to Queen Mary’s Doll House. This dollhouse was specially built for Queen Mary during the world war when the Royal family stayed at the Windsor Castel.

After visiting the Doll House, people go to St George’s Chapel. It is a working Church that allows visitors to worship every day. The Church stay closed for visitors on Sundays. Also, it closes before the castle to prepare the church for evening prayers. So, if you’re planning to visit the castle afternoon, make sure you give your first visit to the St George Chapel church.

How to Reach Windsor Castle?

Windsor Castle is situated at a distance of around 25 miles from Central London. People who travel to London by air can see the Windsor Castle from the plane. So, if you’re staying in London, then there are two ways to reach Windsor Castle.

There are two train services to Windsor Castle from London. Southwest Trains offers direct train service to Windsor and Eton Riverside Station. You can board the train from London Waterloo Station, and the facilities are provided every half hour. Also, the fares are very low starting at £12.

Another train service is provided by First Great Western, which is a more frequent and faster option to reach Windsor & Eton Central Station. The First Great Western runs from Paddington Station in every 10 to 15 minutes. However, this is not a direct service to Windsor; you’ll have to change trains at Slough. The ticket price for this trains starts at £10. 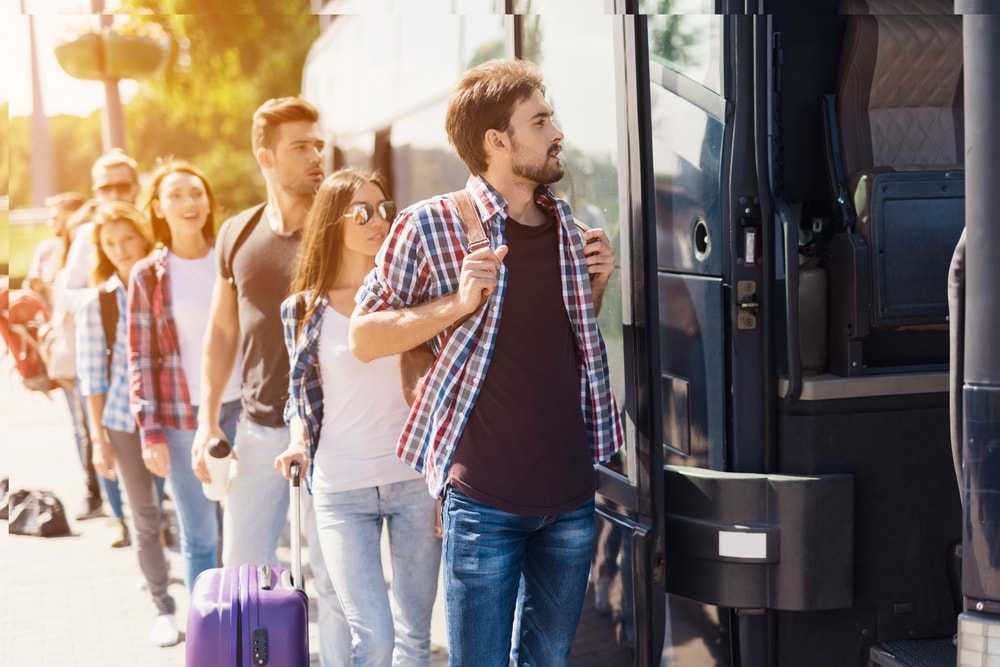 If you want to travel from the bus, then catch Green Line Express Coaches from route 701 and 702. The services are provided several times per hour between London Victoria Station and Windsor. It takes one hour to reach Windsor via bus, and the round-trip fare for the coaches starts at £15.

There are only a few attractions in the world that belongs to the historical events. And visiting such places is more like knowing the historical facts intimately. Windsor Castle is one such historical attraction that should be on your traveling bucket list. So, make your weekend gateway fun and exciting by visiting this incredible fortress, and do let’s know how your experience was.